I had removed two URLs from the links page in my website. They used to be in the “web building” page, under the “tagboard” section. One of them was no longer providing free service, except for the seven days free trial, whereas another one, Cbox, was forcing popup advertisements.

It was until embarrassment filled my face, I was determined to find out more and thus discovering the URL on the status bar; the three popup advertisements at one time were far too irritating. After exploring pages of friends who were using the same service, I discovered trends of the popup advertisements. It did not appear every time, however, most probably at my first visit to that particular site using the service; therefore, once I had cleared my cache, the cookies and the temporary internet files, the advertisements would surface again. 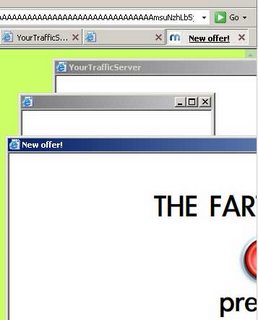